Professor Ilya Kaler
One of the most sought-after teachers in the world, the violin professor of the Cleveland Institute of Music. 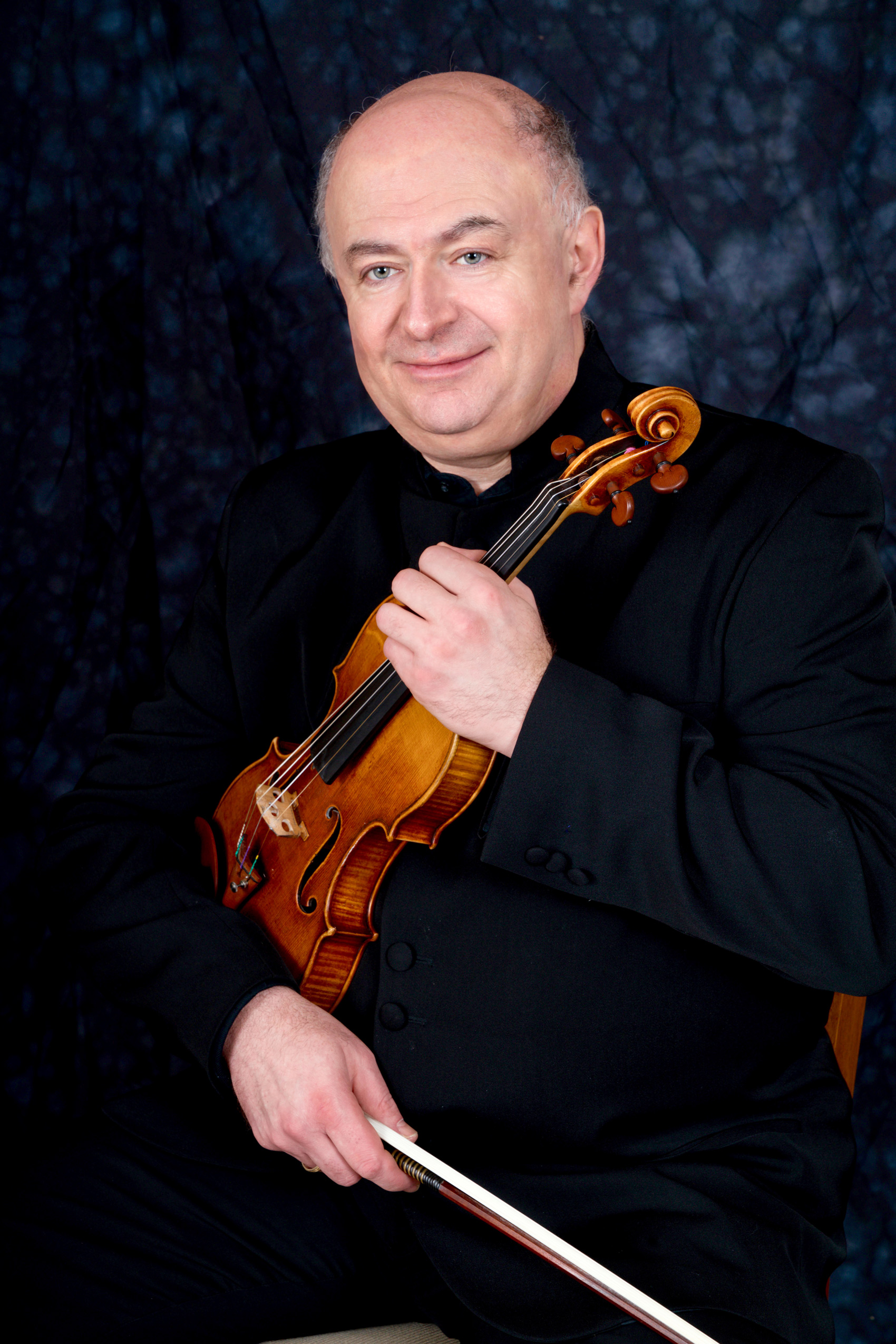 Described by the Gramophone as a “magician, bewitching our ears” for his hauntingly beautiful sound, flawless command of the instrument and mesmerizing phrasing, Ilya Kaler is the only violinist to win the Gold Medal at the Tchaikovsky Competition in Moscow (1986), the Sibelius Competition in Helsinki (1985), and the Paganini Competition in Genoa (1981). Kaler is considered to be one of the most outstanding personalities of the violin today whose career ranges from that of a soloist and recording artist to chamber musician and professor.

Mr. Kaler has earned rave reviews for his solo appearances with many distinguished orchestras throughout the world, including the Leningrad, Moscow and Dresden Philharmonic Orchestras, Montreal Symphony Orchestra, the Danish and Berlin Radio Orchestras, the Moscow and Zurich Chamber Orchestras, as well as many of the major American orchestras such as Seattle and Detroit Symphony Orchestras, to name a few. Kaler collaborated with a number of outstanding conductors such as Valery Gergiev, Dmitry Kitaenko, Mariss Jansons, and Jerzy Semkow, performing extensively on five continents.

Mr. Kaler released multiple highly acclaimed recordings for the Naxos Records label, which include sonatas by Schumann and Brahms, concertos by Paganini, Shostakovich, Tchaikovsky, Brahms, Schumann, Dvořák, Glazunov, Szymanowski, and Karłowicz, as well as the Taneyev Suite, Bach Sonatas and Partitas for Solo Violin, and Ysaÿe’s Six Sonatas for Solo Violin. He has also released a Solo Violin CD under the Ongaku label and recorded extensive recital repertoire for Melodiya Records in Russia.

As a member of the Tempest Trio with cellist Amit Peled and pianist Alon Goldstein, Kaler enjoys a very busy touring career and performs in the most prestigious venues to the highest critical acclaim. The trio has recently released their debut CD on the Naxos label, featuring a complete set of piano trios by Antonin Dvořák.

Ilya Kaler received his education at the Moscow Central Music School under Zinaida Gilels and at the Moscow State Conservatory under Leonid Kogan and Victor Tretyakov. Following his formal education, influence and inspiration came from his long-time mentor, violinist and teacher Abram Shtern. www.ilyakaler.com