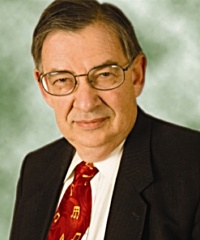 Henry Fogel was appointed Dean of the Chicago College of Performing Arts at Roosevelt University beginning in July, 2009, a school at which he has taught since 2002. In addition, he continues to provide a limited amount of consulting for musical organizations, working as a part of the Catherine French Group, and has been an artistic consultant for the Sao Paulo Symphony in Brazil since 2008.

From 2003-2008 Mr. Fogel was President and CEO of the League of American Orchestras, an organization that serves almost 1,000 symphony orchestras. He retired from that position in 2008, but remained as a senior advisor, continuing to visit orchestras and share his knowledge with them as well as passing back to the League staff what he learned from those visits. During his six years with the League, he visited over 190 orchestras in America.

From 1985-2003, Mr. Fogel was President of the Chicago Symphony Orchestra, leading the organization through a period of enormous change. Under his leadership the Orchestra’s endowment increased from 19 million to over 160 million, and he oversaw the 5 million renovation of Orchestra Hall. During Mr. Fogel’s term the CSO dramatically strengthened its community engagement and educational programs. From 1981-1985, Mr. Fogel was Executive Director of the National Symphony Orchestra of Washington, D.C., and from 1978-1981 he was Orchestra Manager of the New York Philharmonic. From 1963-1978, he was Program Director and Vice-President of WONO, a full-time classical music commercial radio station in Syracuse, New York.

Mr. Fogel has served on non-profit boards throughout his career, and currently is Chair of the Board of the Chicago Classical Music Recording Foundation, and also serves on the Executive Committee of the Avery Fisher Artist Program, the Board of Chicago Opera Theater, and the WFMT Committee of the WTTW Board in Chicago. Mr. Fogel has been a reviewer of recordings for Fanfare magazine since 1981, and he has contributed entries to several books, including The Harvard Dictionary of Music. He has been a judge for conducting competitions in New York, Tokyo, Helsinki, and Sofia, Bulgaria, and in November, 2009, he was the President of the Jury for the International Competition of the Montreal Symphony Orchestra.

He has received honorary doctorate degrees from Roosevelt University, Northwestern University, the Curtis Institute, and Columbia College in Chicago, and a Cultural Leadership Citation from Yale University for service to the cultural life of the nation. In June, 2009, he received the highest honor in the symphony orchestra field, the League of American Orchestras’ Gold Baton Award. In 1990 was named by Business Week magazine as one of the five best managers of cultural organizations in the United States, and he has received the Dushkin Award for his service to music, presented by the Music Institute of Chicago. Mr. Fogel has also served as a narrator with a number of orchestras, and has recorded a speaking role in the opera Tony Caruso’s Last Broadcast on the Naxos label. He has also produced internationally syndicated radio programs for Chicago’s Fine Arts Station WFMT, including currently Collectors’ Corner, which is derived from his extension personal collection of over 20,000 classical recordings. He has also been a regular panelist on the Metropolitan Opera Broadcast Quiz.

Mr. Fogel lives in River Forest, Illinois with his wife Frances. They have two children, Karl and Holly, and five grandchildren. In addition to music, he also has a passion for cooking Chinese food, and he studied over three years with Virginia Lee, who wrote the New York Times Chinese Cookbook.