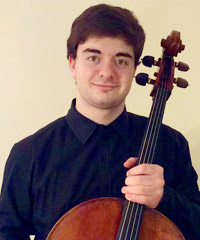 Praised by critics and listeners alike for his “warm and luminous tone” (Chicago Music Report), Daniel Kaler is recognized by many as a rising star of his generation.