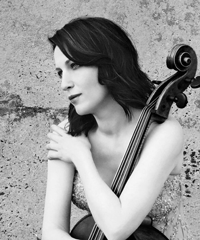 From a musical Chicago family, Warner studied with Rostropovich at the Curtis Institute of Music from which she graduated. Collaborators have included conductors Vladimir Spivakov, Christoph Eschenbach, Andre Previn, Jesús López Cobos and Michael Tilson Thomas. She has appeared with leading U.S. orchestras and internationally—from Paris and London to Serbia and Russia.

Recent season highlights include appearances with the Wichita, Columbus (Georgia), Wyoming and Alabama Symphonies and return engagements with the Orquesta Sinfónica Nacional (Peru) and the Xiamen Philharmonic (China). This season she will be featured with the Hartford and Santa Fe Symphony Orchestras and, joining violinist Vadim Gluzman in the Brahms Double Concerto, the Austin Symphony Orchestra. In 2020 she will return to the prestigious Piatigorsky International Cello Festival.

Warner played the 2009 world premiere of a newly discovered Beethoven piano trio. With pianist Irina Nuzova she performed the complete Beethoven Cello Sonatas on tour and by invitation at the U.S. Supreme Court. Other collaborators have included Anne Sophie Mutter, Gidon Kremer, the Fine Arts Quartet and Chicago Chamber Musicians. She has given recitals in Milan and Tokyo and is a frequent guest on WFMT in Chicago.