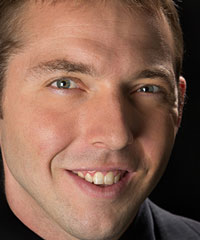 Cellist and Los Angeles native Brook Speltz has performed as a soloist, chamber musician, and recitalist throughout the United States, Canada, Latin America, Europe, and Asia. Since winning First Prize in the Ima Hogg Competition, he has performed as a soloist with the Houston Symphony, Colorado Music Festival Orchestra, and International Contemporary Ensemble, among others, and is a regular performer at England’s IMS Prussia Cove and on tour with Musicians from Marlboro.

As an avid and sought after chamber musician, Speltz has collaborated in chamber music recitals throughout the country with such distinguished artists as Itzhak Perlman and Richard Goode, and as a result, he was nominated for the inaugural Warner Music Prize, a newly established prize presented by Warner Music and Carnegie Hall.

Based in New York City, Speltz tours and performs with ensembles such as Shuffle Concert and East Coast Chamber Orchestra and on the Omega Ensemble Series. Performance highlights of his upcoming season include two Carnegie Hall recitals with Richard Goode, a tour in Israel with Shuffle Concert, the Musicians from Marlboro East Coast tour, and a premiere of Chris Rogerson’s Cello Concerto in Buffalo, New York. Brook Speltz studied at the Curtis Institute of Music with Peter Wiley and at the Juilliard School with Joel Krosnick, after his formative years of study with Eleonore Schoenfeld in Los Angeles. He performs on a 1756 J. C. Gigli on loan from his father, a cellist and his first inspiration in a family of professional musicians.