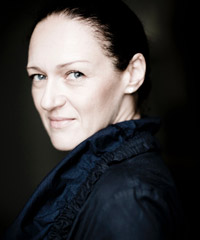 Pianist, producer, and educator, Angela Yoffe, is widely admired for her dazzling musicianship and passion for music education. In 2010, Yoffe created Chicago’s annual North Shore Chamber Music Festival, now in its 7th season, and each year presents career advancement awards, such as the Arkady Fomin Scholarship, to exceptional emerging artists. Yoffe is also founder of the Collaborative Piano Class at the Chicago College of Performing Arts at Roosevelt University and the Creative Learning Program of the Betty Haag Academy of Music. She has created collaborative projects with the International Center on Deafness and the Arts and the Lurie Children’s hospital.

Yoffe records exclusively for BIS Records, and her discography includes a recently release album with violinist Vadim Gluzman of Sergey Prokofiev’s Violin Sonatas. Her world premiere recording of Lera Auerbach’s “24 Preludes for Violin and Piano” (composed for Ms. Yoffe and Mr. Gluzman) was released on BIS Records to rave reviews, as well as their other albums: “Time… and Again,” “Ballet for a Lonely Violinist,” and “Fireworks”.

Angela was born in Riga, Latvia into a family of respected musicians. After studying piano performance in the Soviet Union and Israel she continued with Joaquín Achúcarro and Jonathan Feldman in the United States and became an assistant to Dorothy DeLay at the Juilliard School of Music. 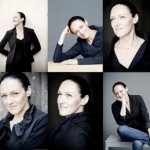